Left to right: Christina Pagurko, 13, Michaela Lacrosse, 16, Elle Stevens, 16, Mya Krawic, 13 and Sopna Atkinson Tatro, 19, at the new DanceMaineia studio in Waldoboro. The five students were there to practice a jazz routine for an upcoming show at the Waldo Theater. (photo by Bisi Cameron Yee)

Five dance students rehearse for an upcoming performance on the second floor of the historic Progressive Grange building in Waldoboro.

The dark pink walls are crowned with a molding adorned with creamy white. The rich wood of the doors and trim glisten in the light from the tall windows that line one wall of the studio. The opposite wall is a long mirror where students can check their shape as they dance.

There, DanceMaineia founder Melanie Lecher Pagurko perches on the edge of a stool, encouraging dancers to point their toes, drop their shoulders, balance and start over.

Sometimes she gets up and does a jump or spin. Pagurko works closely with the girls, adjusting the position of the hands, the tilt of the head, going through the routine with them step by step.

Elle Stevens, 16, and Sopna Atkinson Tatro, 19, play against each other, striking classic jazz poses, their toes in a pointe position, body bent, hands dramatically placed to cover themselves the face.

The shape breaks and they relax laughing together.

“We all have to thank Mélanie. Without her we wouldn’t be here, ”Stevens said. “She didn’t just teach us how to dance. She taught us to love her. 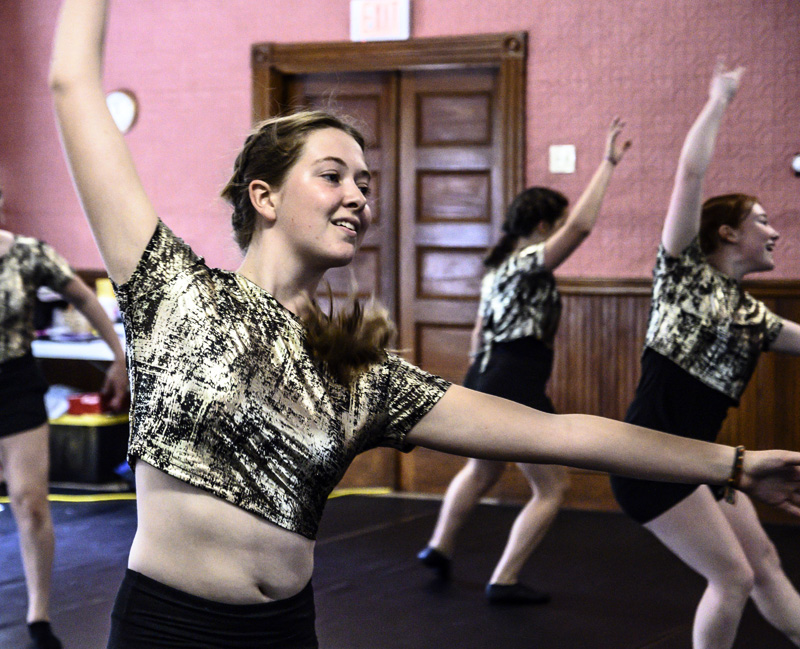 16-year-old Elle Stevens is doing a group routine. Stevens, who will be teaching a pre-ballet class at the studio, said dancing makes her come alive. (photo by Bisi Cameron Yee)

Pagurko’s journey as a dance teacher began when his brother and his friends were breakdancing. They were asked to teach a class in this style, but they didn’t like to teach and quickly handed the class over to her. She gave her first dance class at the age of 13.

As a teenager, Pagurko danced and taught throughout Midcoast Maine, landing at the Portland School of Ballet and the Casco Bay Movers whose founder, Sheila Bellefleur, is the inspiration for her life and career as a dancer.

Pagurko, who has grown up in Newcastle since the age of 10, said she graduated from Lincoln Academy sixth in her class and felt responsible for going to college. She had come in and out several times, “but my heart was in the dance,” she said.

She traveled to Chicago to dance, then trained and taught at the Phoenix School of Ballet. Upon her return to Maine, she opened her first studio.

But the birth of her first child sidelined her plans. Her son was in great need and Pagurko was overwhelmed by his care. She closed the studio and focused on teaching at various locations in the area, including afternoon classes at Great Salt Bay School. She also had a studio above the metro in Damariscotta for a while.

Pagurko rented premises where she could and taught when she could until about five or six years ago, when she opened a studio above the Medomak veterinary clinic in Waldoboro.

And then came the Grange Progressive. 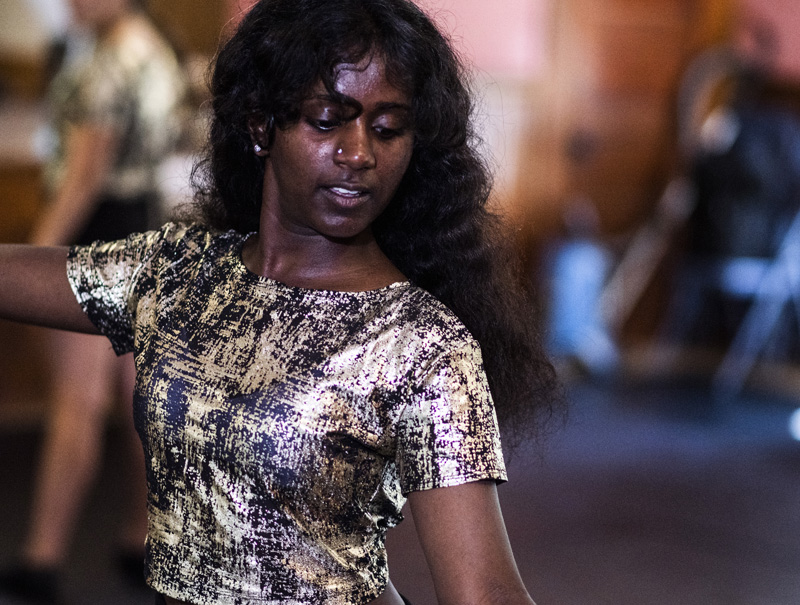 Pagurko viewed barns as possible studios before – buildings have a space for dancing, and community dances have been an important part of their history. It seemed natural, but the condition issues of the old buildings prevented them from being a viable option.

Pagurko has had a series of informal conversations with the owners of the Waldoboro monument over the past two years. When they decided to renovate the building, she saw an opportunity.

Pagurko loves the history of the building and its use as a dance hall. “I loved it from the start,” she said.

The DanceMaineia Studio at the Progressive Grange officially opened in June.

DanceMaineia’s summer session is drawing to a close. The summer showcase at the Waldo Theater on August 15 marked the highlight of the season’s classes, but registrations for the fall classes are ongoing.

Pagurko, along with three of his daughters, teaches a variety of styles for all ages at DanceMaineia, from pre-ballet to lyrical and contemporary, from jazz to hip-hop to creative movement. Francesca Ceccarini from the Petit Jete dance shop in Brunswick comes once a week to give advanced classes.

Melanie Pagurko teaches a group of students at DanceMaineia in Waldoboro. “Girls, you have to point your feet,” was the first correction she offered to improve. (photo by Bisi Cameron Yee)

New to the studio this fall will be an adult ballet barre class with a focus on conditioning, stretching and strength training. Pagurko said she would design the program herself.

“I like to do my own thing,” she said. “I like to create warm-ups, dance pieces and choreography with the students.

Most students register for the dance year which runs from early September to mid-May. Classes are cumulative and complement each other from week to week, with two eight-week sessions devoted to technique and training in the first semester and two more eight-week sessions focused on choreography for the second semester. A dance recital in May traditionally crowns the year of dance.

Pagurko said that although COVID reduced the number of students she had last year, she saw renewed interest over the summer. She remains concerned about protecting her students, aware of the vaccination status, strategic in terms of social distancing and wearing of masks.

“I plan to do my best to get things moving and to get the kids and adults dancing for as long as we can do it safely,” she said. “I want to give them the gift of movement. So they will always have it.

13-year-old Christina Pagurko, the youngest of Melanie Pagurko’s four daughters, carries on the family dance tradition, practicing several sections of the routine before taking a break to get water. 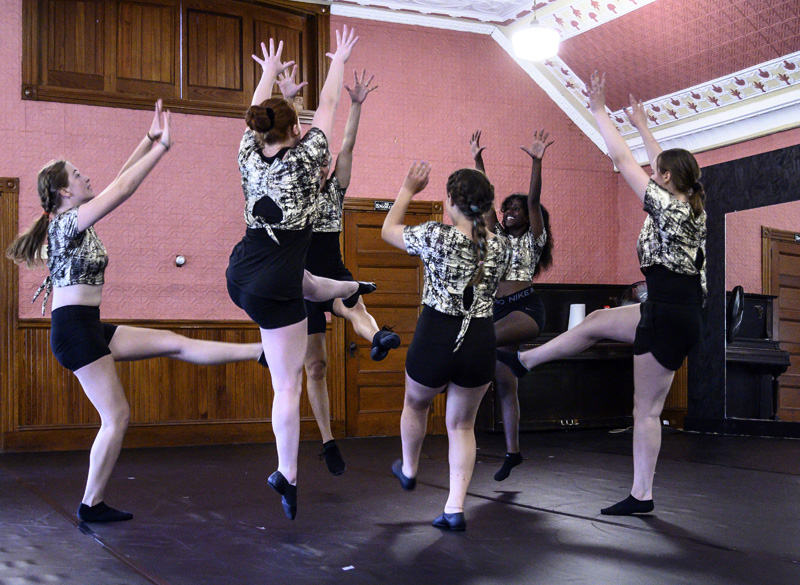 Students converge in the middle of the studio space for a jump during a rehearsal at DanceMaineia’s new location in Waldoboro. Student Elle Stevens said she last performed on stage in 2019 (Photo by Bisi Cameron Yee)

Michaela LaCrosse, 16, also a teacher at the studio, suggests adding an extra touch when the dancers leave the stage. Mélanie Pagurko agrees.

Melanie Pagurko encourages 13-year-old Mya Krawic to analyze herself – to repeat a particular sequence of movements until she corrects where she stumbles. Melanie Pagurko strongly believes that students learn best when they focus on movement and find mistakes themselves.

The young dancer repeats the sequence several times. She finds the problem, fixes it. She has it now. The dance continues.

Five dancers converge on the center of the dance floor at DanceMaineia studio. Together they leap, forming a circle of outstretched arms and pointed toes. The sequence is not perfect, but it is close.

DanceMaineia will be hosting an open house from 4 p.m. to 7 p.m. on Friday August 20 at the studio at 931 Winslows Mills Road in Waldoboro.