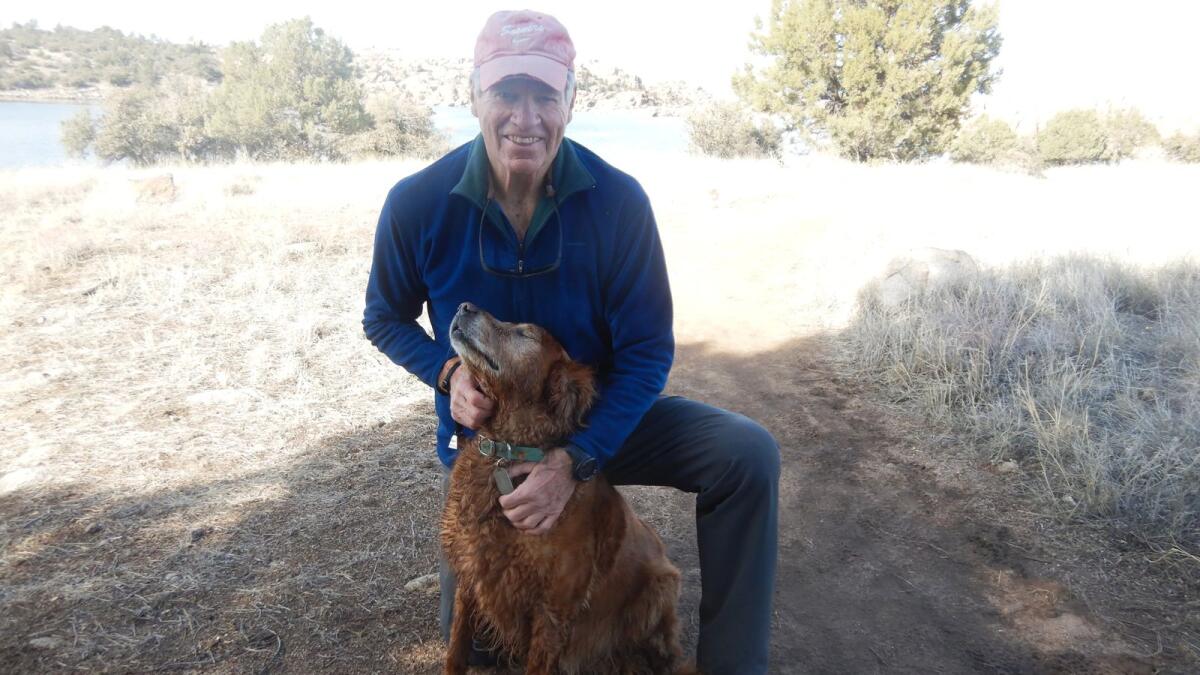 “You don’t throw away a whole life just because it’s a little messed up.” – Tom Smith (played by Chris Cooper) in the movie “Seabiscuit”

On August 12, 2021 my 10 year old blind Golden Retriever, Sooner, fell off a 45 foot cliff straight onto a rocky river bed. We had been fishing the rugged section of the Gunnison River Lake Fork Canyon near Lake City. Here is our story…

I rescued him in August 2013 through New Mexico Retriever Rescue in Albuquerque. He was 2 and a half years old and had been in a puppy mill in Carlsbad, New Mexico, being abused with his girlfriend. We bonded immediately. He had never been in water, and within five minutes was swimming freely. Thus began our eight-year relationship. He practiced hiking, Nordic skiing, but especially fly fishing.

In the winter of 2016, his eyesight began to decline and he was diagnosed with Golden Retriever Pigmentosa Uveitis, a genetic condition. In April 2016, he underwent bilateral enucleation (removal of both eyes). Earlier, the fit started without vision and happily accompanied me on hiking, skiing and fishing adventures, sometimes in difficult terrain.

In the fall of 2020, Sooner was slowing down and showing signs of rear leg weakness. Several tests revealed polyneuropathy, a problem with the innervation stemming from his spine. Follow-up blood tests revealed diabetes. Within two days of the insulin injections, he began to regain strength. A special diet along with vitamins and supplements helped him regain most of the 30 pounds he had lost. He recovered from the side effects of the steroids and his neuropathy improved.

Back to August 12, a Thursday. Coming out of the canyon, we completed the first steep part of the barely visible trail back to the truck. I was tired, lost my focus, heard him scream and immediately knew he was past his face. He had on his Ruff Wear flotation device, which cushioned his fall and likely saved him. X-rays subsequently miraculously revealed no broken bones. He had no apparent external injury or bleeding. His breathing was normal, but otherwise he was unresponsive. There was no way I could lift it without a bag or some other device. I left it and walked up that steep terrain to my truck. Incredibly, the person I had seen fishing earlier, Josh Bollish, a fishing guide from Gunnison, was in his truck about to leave. I explained that my dog ​​had had a bad fall and he volunteered to help. He grabbed his bag for his bouldering crash pad and we headed down. We packed up Sooner and Josh carried him to my truck. Without Josh, I doubt I could have gotten help in time to save him.

In the winter of 2016, Sooner’s eyesight began to decline and he was diagnosed with Golden Retriever Pigmentosa Uveitis, a genetic condition. In April 2016, he underwent bilateral enucleation (removal of both eyes). (Courtesy of Carl Darnell) 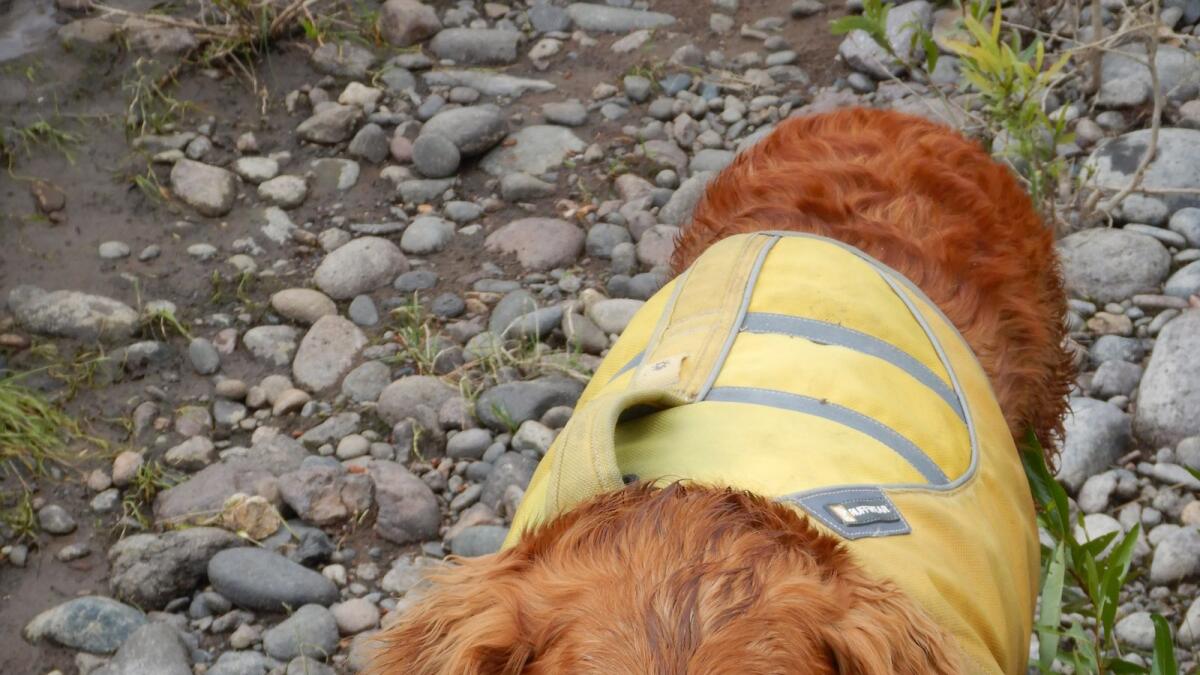 I drove 45 miles north to the Gunnison vet clinic. The vet on duty said they could do an exploratory laparotomy and if his internal organs were messed up I would lose him. Incredibly, he only had one damaged area, the capsule surrounding a kidney. He was bleeding inside and they repaired the damage. He had lost a lot of blood and his lab blood values ​​were exceptionally low. The staff watched Sooner closely around the clock until Saturday morning when I loaded him into my truck and drove 171 miles to Colorado Springs, arriving at Animal Emergency Care early in the morning. afternoon. The vet met me and told me they would do whatever they could to save him. He would receive IV fluids, medication, telemetry, blood tests and two units of whole blood.

Incredibly, by Sunday morning, his hemoglobin, red blood cell count, hematocrit and platelets returned to normal levels. He was on his feet and was able to come out with help to urinate. By Sunday evening he was better, wagging his tail and fully recognizing me.

Monday night, while two friends and I were waiting outside in the dog park area, just 96 hours after his accident, the Doc took us out early. He was a happy Mr. Sooner and a happy me. It must have been a cosmic mix of luck and incredible miracle.

Tuesday morning I received discharge instructions and a follow up reminder with vet Gunnison. We stopped at Gunnison’s vet clinic and the vet’s jaw dropped in surprise that he survived. Subsequent visits to our local vet revealed normal blood work.

I know that some people naturally abandon their pets for financial, time or other reasons. But there was no renunciation in him; I could never give it up. Guess that’s just the way I roll.

I end with two messages: 1) Save as much as possible. There are so many animals that need a loving home. 2) Take care, love and respect your pets and all animals. They do the same for you.

Carl and Sooner, The Miracle Dog, are at home in Durango and have returned to hiking, fly fishing and retirement.